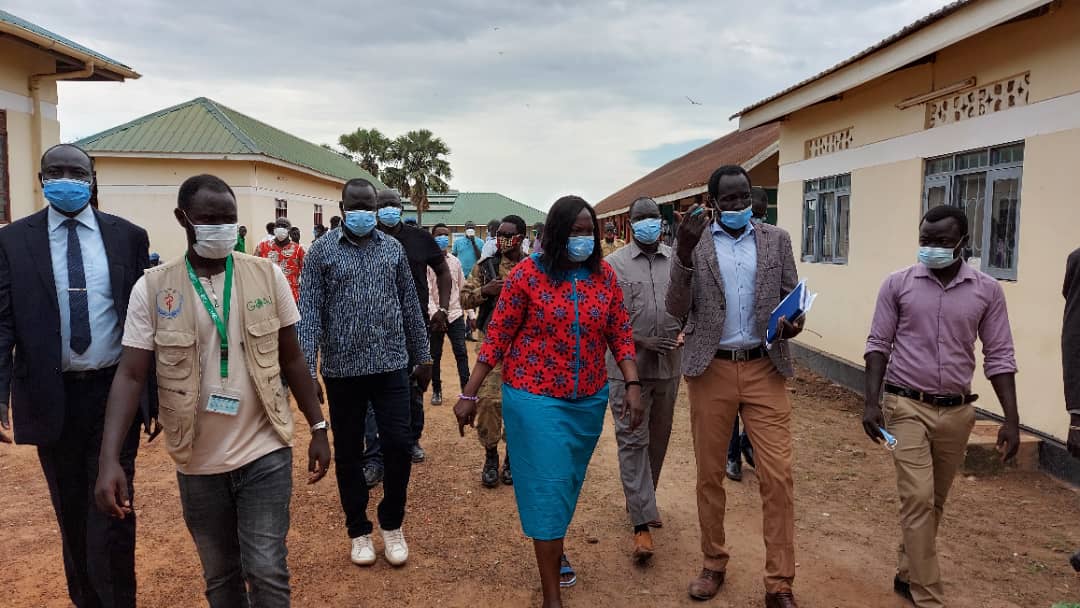 The national minister of Health Elizabeth Acuei Yol led an assessment visit to Greater Bahr el Gazal region to inspect the status of health facilities and the response to Covid-19 by the three states. The team began an assessment in Wau, Western Bahr el Gazal state where they toured a number of health facilities ranging from government hospitals to private health care centers. The mission notably visited Wau Referral Hospital including Health Science Institute as well as Covid-19, management Center run by the state Rapid Response Team. The team on the other hand visited St. Daniel Comboni Hospital, run by the Catholic Archdiocese of Wau and Mary Help Institute for Health Science, run by the Catholic Indian Charitable Sisters foundation. The center act as a specialized Hospital as well as an academic center for Health Science students

The team also proceeded to Aweil, Northern Bahr el Gazal state, where the Minister inaugurated a Polymerase Chain Reactor PCR machine at Aweil State Hospital,  to test Covid-19 in the Northern region of the Country. They also visited the Light House, and specialized Center built by the Church to handle Covid-19 cases in the state. On the other hand, the team and the state governor visited Malualkon Hospital and the flood affected areas in Awail West to acquaint themselves with the impact on the displaced population. After Aweil tour, the team proceeds to Kuajok, Warrap state, where they toured, Kuajok state Hopsital, Health Science Institute, Kanglang Hospital and flood affected areas in the state. In a summary statement to the media after the completion of the mission, the team underscored a lot of challenges being discovered in the health system, among them are lack of enough medicine, no proper motivation to medics, poor health infrastructure as well as water born diseases caused by flood water on the displaced population. The minister thereafter appealed for more support from the government and health partners as well as other stakeholders, to extend their emergence intervention to the region.